July 18, 2020
Great news, we have an upcoming conversation with Dr. Harvey Robbins on July 15th! Dr. Harvey Robbins has been a licensed psychologist and award-winning author and consultant for over 40 years.
It's pretty exciting to have Dr. Harvey Robbins as a special guest in our community to speak about his work, his books and his workshops that he teaches to all level of executives and management!
How does it relate to negotiation? Knowing the personality type of the person you are negotiating with may help you tremendously in understanding what drives the other person and it is directly related to tactical empathy.
Since 1982, he has been the president of Robbins & Robbins, a company shaped on psychology principles to coach leaders and train business teams.
Before becoming a consultant, Dr. Robbins served as a personnel research psychologist for the Federal Government and was in executive leadership positions with Fortune 500 companies, including Honeywell and Burlington Northern. He is also a Fellow at the Executive Development Center at the University of Minnesota’s Carlson School of Management and a sought-after speaker at conferences and events locally and abroad.
His clients include American Express, Mayo Clinic, Nabisco, Toro, the IRS, the CIA, the US Secret Service, and many others.
Dr. Harvey Robbins specializes in improving leadership, team building, and interpersonal relationships. His book "Why Teams Don't Work" won the Global Business Book Award. At the CIA, Dr. Harvey developed selective tools to hire staff and build the most effective teams. The hiring process involved special scenarios that evaluated applicant’s skills and their decision making processes under stress, such as, talking to an angry customer or addressing an issue with insubordinate team members, and turning around toxic relationships into healthy ones.
Some of the reasons that teams often fail are discussed in his workshop: 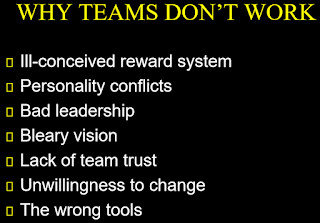 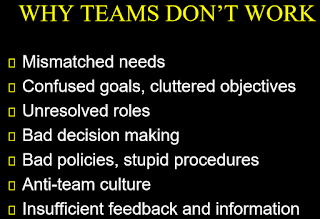 Popular posts from this blog

December 14, 2020
Recently, several members of our community participated in Negotiate Up’s Competition! Practicing really paid off.  Afterwards, our community members debriefed the negotiations to discuss their experiences and go over lessons learned. On our youtube channel , view Vlad's discussion with Sahabat Naureen , who is not only a finalist of the NegotiateUp competition, but also an experienced leadership and executive coach, and project manager. They discuss the balance between assertiveness and empathy and other aspects of negotiation. For more on Negotiate Up, see their website: https://negotiateup.com There is plenty of time to prepare for the next competitions coming up in April and May!
Read more

Learn about our Community & Join Us

June 27, 2020
Welcome! We are so excited to be part of such a fast-growing community of talented professionals on their way to becoming master negotiators! It’s amazing how far we went with our understanding of the Chris Voss’s negotiation skills, how much we’ve learned while practicing together and how great was the time we’ve shared! Every time we join a practice session we feel excitement, engagement and enthusiasm. We appreciate each other’s strongest skills, differences in view, special knowledge and experience. And most importantly we help each other and support each other as we grow. Our Story We were first brought together through a common interest in the effective negotiation techniques of Chris Voss and his Masterclass on negotiation. Though Chris’s skills were refined in the high-stakes world of hostage negotiation, we as classmates understand the applicability of these skills to almost every aspect of life, not limited to work, family, friends, and even daily interactions with a loc
Read more

January 13, 2021
Several members of our community will be joining this free challenge - the biggest negotiation of your life! See this link for details. The challenge starts Monday, January 18 and will deliver the most important information you need to know right now to help you prepare for any negotiation: Learn Why Now Is the Absolute Best Time to  Always Be Ready For The Biggest Negotiation of Your Life and never be caught off-guard at the table again! Take the 5-Day BIGGEST NEGOTIATION OF YOUR LIFE Challenge to get LIVE negotiation training from Chris Voss and The Black Swan Expert Team.
Read more